India: Sowing the Seeds of a New Silicon Valley

India: Sowing the Seeds of a New Silicon Valley


Dharavi is an area in Mumbai which contains one of the largest ghettos on the planet. At the highest point of a precarious restricted staircase that drops into one of the ghetto's neighborhoods, is a little room housing students serenely flipping through exercise books, talking about ideas and tapping ceaselessly on their keyboards. This is the basecamp of Dharavi Diary: A Slum and Rural Innovation Project established by Nawneet Ranjan in 2014.

The new ‘Generation Z’ is already gaining recognition for their social awareness and aptitude for technology, and is set to redefine the future for all of us. In 2017, the first of this globally connected cohort will be turning 21; and with 31% of the world’s population belonging to Gen Z, this is only the beginning. Programmes like Dharavi Diary are helping to nurture this new generation’s inherent talents and drive to create a better society.

A place where young men and women can meet, share ideas and learn together, Dharavi Diary concentrates principally on enabling young women through technological proficiency. Together the enthusiastic students code applications and create art geared towards a wide range of issues that affect women in the area, from tackling violence to challenging traditional gender roles and stereotypes.

The whole program is hinged on storytelling. Students utilise the performance arts, visual arts and written accounts to investigate and learn more about their chosen subject. Every 15 days, more than 200 understudies in the after-school program take a shot at their particular "Who Am I" stories, a composite venture aimed at getting students to think about their individual qualities, struggles, shortcomings, and how to build up the real life stories they feel they most need to tell.

The stories are difficult ones. The students are frequently involved in or are witnesses to unspeakable violence, and each one experiences the excruciating facts of living in a poverty-stricken society on a daily basis. Demonstrating defencelessness towards such individual truths is not something most of us can do in an open setting, so Ranjan concentrates on developing an environment created for and by the youth; a sheltered space where the students can feel safe.

“Stories make learning more fun. The bridge [in learning] becomes more organic. When we share our stories, we understand we are part of a larger family tree.”

Ranjan’s background in storytelling includes group theatre performances to raise awareness of the effects of the Bhopal gas spill. He has also gained experience as a documentarian in both India and San Francisco. He has always been a passionate believer in utilising narrative platforms to give a voice to the youth and to explore what is important to them.

The students recently facilitated more than 50 group screenings of "Period of Change," a film they made about menstruation, which is still a very taboo subject in India. Making this narrative together gave the students a chance to express their hardships; but more importantly it enabled them to educate young men and ultimately triggered a real change in perceptions.

Since the program began, Ranjan has seen positive change in the lives of the students in the group: They are beginning to take a more proactive interest in choices and are becoming more involved in bigger picture issues. Aggressive behaviour at home is going down as is the rate of young marriages. He includes that generally speaking, both female and male understudies are excelling academically, most moving into the 70th or 80th percentile of their classes.

Ranjan has sown the seed of a movement. His students are concentrating on long-term answers to real environmental and social issues affecting Indian women. By turning the focus away from the everyday western shopper, he is creating a new, more socially-conscious alternative to Silicon Valley.

The Dharavi square mile is not only amongst the most populated areas in India, it is also amongst the most ethnically diverse. Sitting in that room right now are bright young people with brilliant minds, from all corners of the country, each honing their skills; and with support, excelling in their studies. Furthermore, they are gaining confidence and experience in tackling major issues head on. These are future leaders— a group of inspired, educated and motivated pioneers with a hunger to make a tangible difference to tomorrow’s world. 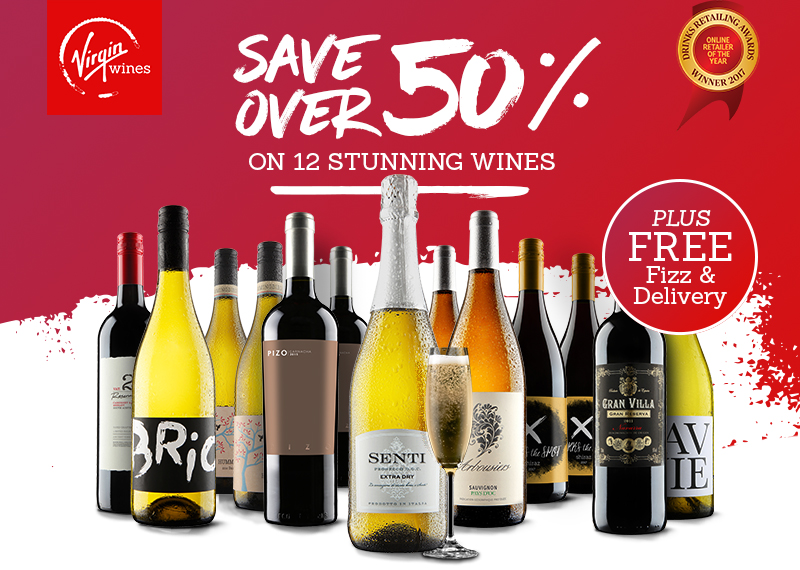 Free Prosecco Thanks To Trusted Travel and Virgin Wines!

An exclusive offer from Virgin Wines in partnership with Trusted Travel - While Stocks Last!

We will be giving away 12 amazing prizes...

We have put together a great prize for our Trusted Travellers! Be in with the chance of winning an Outgoing and Return travel pack bundle!

We have Teamed Up With Osprey and put together a prize worth an amazing £850!!

Win £50 Of Hiking Products With Lifeventure!

Competition To Win £50 Of Hiking Goodies With Lifeventure